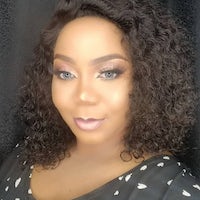 Subscribe to my newsletter and never miss my upcoming articles

1st April 2020 marked the beginning of a new Financial year at Interswitch and I can't help but marvel at what we've been able to achieve in Interswitch Engineering within the last financial year particularly towards improving the experience of developers integrating with Interswitch APIs.

When I joined Interswitch in June 2019, I was assigned to join the Developer Relations team. Our goal was to improve the experience of developers integrating with Interswitch APIs. This was a huge feat in itself, to put it lightly, we had received a lot of bad reviews regarding our APIs ranging from the complexity of the APIs which makes integration worrisome, to lack of proper API documentation and sometimes lack of support. However, the topmost issue from the issues listed above was the documentation. I must say, working to improve the documentation platform for Interswitch gave me the opportunity to test so many platforms before arriving at a decision on which best suits our current needs, it has also improved my understanding of API products in Interswitch and also had me working with internal and external developers to ensure that we tackled existing problems to improve the experience of developers integrating with our APIs.

There has been a misconception over the past few years that Interswitch does not have a centralized documentation platform and PDF documents are given to aid developer's integration with our APIs. While the statement above was true at some point, that scenario changed a long time ago. A few years ago, in a bid to have all API documentation in a single place to improve our external developers' experience, we moved our API documentation to docbase built with Wordpress. The move to Docbase was an attempt to solve the issues our users faced when they read our API documentation. While it was able to solve some of those issues, others still persisted.

Disadvantages of the old documentation platform

Now don't get me wrong, docbase also has its advantages such as its provision of a one-stop platform for all our APIs and a community forum page. However, as most of our external developers could attest to the disadvantages outweigh the advantages and with that the need to sort for improvements and create a better platform for our API documentation that addresses the issues of the docbase.

The new documentation platform was built with slate, a Ruby-based tool that generates a great-looking, three-panelled API documentation static site from a set of markdown files.

To improve our documentation, Slate was chosen for the following reasons:

The developer relations team seeks to bridge the gap between our external and internal developers to ensure that the integration process of our APIs becomes seamless. Here are some other things we've done to ensure that the aforementioned goals come to reality.

We might not be where we want to be yet but at Interswitch engineering, we believe that we've taken a bold first step in the right direction to give our developers the better and seamless integration experience they deserve. We are excited about how much we've been able to achieve this past financial year. It's the beginning of a new financial year and we intend to top the last so stay tuned.